“Nature holds the key to our aesthetic, intellectual, cognitive and even spiritual satisfaction” – Edward O. Wilson

In 1984, American biologist Edward O. Wilson had a hypothesis based around the theory of ‘Biophilia’. Can living organisms, such as plants change the environment of the workplace?

Well, according to the universities of Cardiff, Exeter, Queensland and Groningen they do. According to their studies, productivity in the workplace can increase by 15% when in the company of plants and greenery. The research took place in “lean” offices in the UK. Participants completed tasks at a faster rate without having a damaging impact on the quality of work.

Lean offices are based around the idea that the work space is clear of anything which is not work related, ergo reducing distractions and improving productivity. However, psychological and biological history shows this does not work as well in reality as it does in theory. Craig Knight, a professor from the University of Exeter stated “there is no animal on the planet that thrives in a lean space, whether it’s an ant or a gorilla, it doesn’t matter, if you put it in a lean space it will suffer”.  According to research, Green workplaces differ from lean environments having been shown to not just improve productivity, but concentration, motivation and happiness. Participants experienced a 40% increase in workplace satisfaction.

Offices are not the only interior environments which are affected by the addition of plants. A study at a hospital in 1995, which questioned the satisfaction of visitors when plants were present, showed the following statistics:

Mindful of how to improve your working environment?

All the data researched suggests you should introduce plants and greenery if you want to increase worker productivity and satisfaction. Plus it makes for a pleasant working environment. 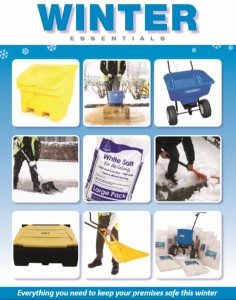 WHY NOT GET IN TOUCH
COMPLETE MANAGED SOLUTIONS